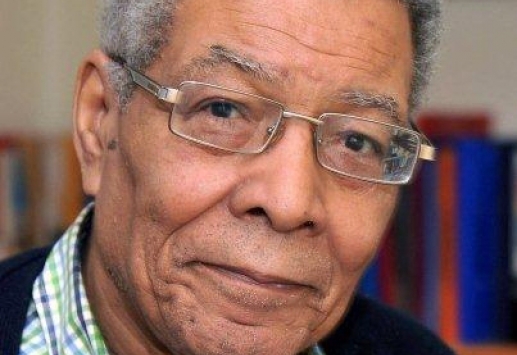 Ben Patterson was born in Pittsburgh on May 29, 1934. From 1956 to 1960, he worked as a double bassist at the Halifax Symphony Orchestra (1956–57), the US Army 7th Army Symphony Orchestra (1957–59) and the Ottawa Philharmonic Orchestra (1959–60). In 1960 he moved to Cologne, Germany where he became active on the contemporary music scene of the most radical, focusing its activities at the studio of Mary Bauermeister and “against the festival.” Between 1960 and 1962 he played in Cologne, Paris, Venice, Vienna and other places still participating in the first Fluxus Festival in Wiesbaden (1962). He worked as General Manager in the Symphony of the New World (1970–72) as Assistant Director of the Department of Cultural Affairs for New York City (1972–74) as director of development for the Negro Ensemble Company (1982–84) and as National Director for Pro Musica Foundation Inc. (1984–86). In 1988 he had a solo exhibition of new assemblages and installations at Emily Harvey Gallery in New York and participated in several Fluxus Festivals and exhibitions of the group. Most recently he is the organizer of Fluxus 50 Wiesbaden 2012.