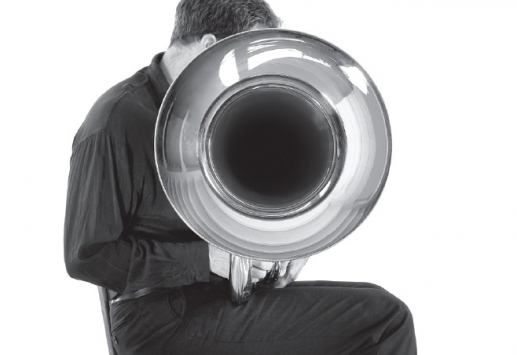 The tuba player and composer Robin Hayward, born in Brighton, England in 1969, has been based in Berlin since 1998. He has introduced revolutionary playing techniques to brass playing, initially through the introduction of the ‘noise-valve’, and later through the development of the first fully microtonal tuba in 2009. In 2012 he invented the Hayward Tuning Vine, initially as a visualisation of the harmonic space implicit within the microtonal tuba. His approach to the tuba has been documented in the solo CDs Valve Division, States of Rushing and Nouveau Saxhorn Nouveau Basse, and collaborations include such musicians as Roberto Fabbriciani and Charles Curtis, along with composers such as Christian Wolff, Alvin Lucier and Eliane Radigue. In 2005 he founded the ensemble Zinc & Copper Works to explore brass chamber music from an experimental music perspective.