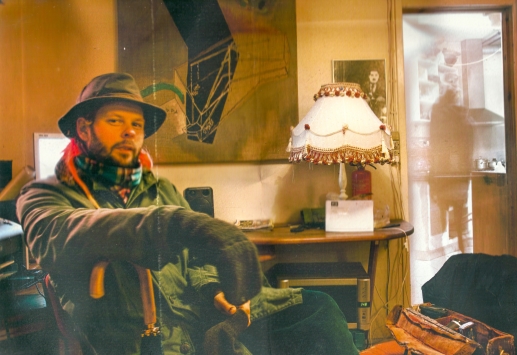 Goodiepal is a Faroese/ Danish musician, composer, and writer. Goodiepal's work often involves lectures and performances on the future of computer music, his own compositional practices and resonance computing, and his tours have included 150 universities internationally. From 2004 till 2008 he was the head of the electronic music department and a teacher at DIEM (Danish Institute for Electro-acoustic Music) at the Royal Academy of Music in Aarhus, Denmark. He is the author of two books, Radical Computer Music & Fantastisk Mediemanipulation and El Camino Del Hardcore - Rejsen Til Nordens Indre. Goodiepal is also known for travelling over very long distances only using his home-made electricity-producing bike, Kommunal Klon Komputer 2, and for his production of his own electricity to power electronic music equipment with dynamos. In 2014, he sold the bike to the National Gallery of Denmark, and it is now on display. A new bike is in the making, Kommunal Klon Komputer 9.