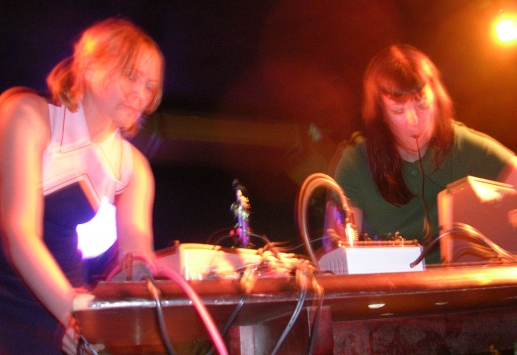 Edinburgh based duo Hockyfrilla (aka Dora Doll and Rhian) are inspired by their ‘experiences of female power and camaraderie combined with the influences of creature inspired serenity’. They open this set, and then join US musician and artist Ben Patterson, one of the major figures in the Fluxus movement, and harpist Rhodri Davies.